Disclosure: This post may contain affiliate links. I receive a small commission at no cost to you when you make a purchase using my link. See my full Disclosure Policy here. 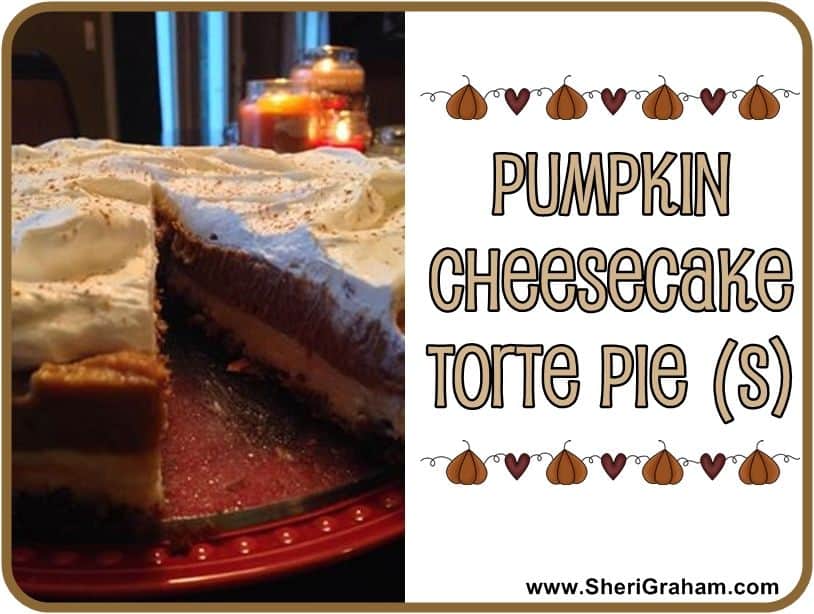 This recipe is compliments of Rosa, along with additional tweaks and suggestions by members of the THM Facebook Group. This was a hit on the Facebook Group with many people making this dessert for their Thanksgiving dinners, including myself! Thank you to Rosa for her permission to publish the recipe (and her beautiful image above) here for all to “pin”, print, and enjoy!

Mix and press into bottom only of pie plate. (You have to use a HUGE pie plate for this recipe. If you don’t have one, just make in a 9×9-inch baking dish.)

Bake at 350 degrees for 15 minutes or until golden.

Beat well. Pour on top of crust and bake for additional 15 min. (You may have to bake a little longer until the cheesecake set up good. I probably baked it about 20 min.)

Mix all ingredients in a saucepan and cook until boiling for a few minutes.

Remove from heat and add 1/2 tsp Gluccomanan Powder (OR mix 1 envelope unflavored gelatin with 1/4 cup cold water, let sit to dissolve, and then add to mixture).

Use a whisk to beat it really well. Pour over cheesecake. Cool.

Dump on top of cooled dessert and serve.

* Combine all the ingredients for the cheesecake layer and the pumpkin layer and bake for about an hour for a yummy pumpkin pie.

* One lady combined all the ingredients for the cheesecake layer and the pumpkin layer, except for the cream cheese, and then baked it for about an hour for another yummy pumpkin pie version.

* Put it in a 9×13 baking dish with the crust on the bottom, double the cheesecake portion, spread the pumpkin pudding layer over the top making it a little thinner that way, cool and then cut it in squares! Cut it in 12 servings and that size was just right!

Click here to view all the Trim Healthy Mama posts!

Sheri’s Trim Healthy Mama Shopping List – I have created a quick shopping list with links to some of the main THM foods!

This post is linked up at Gwen’s Trim Healthy Tuesday Linkup!

The other day I was so hungry for a 3 Bean Salad. My Mom and Dad used to always make it in the summer time and it just sounded good. Well, a few weeks ago I took advantage of a great deal on a small hand-held spiralizer on Amazon. I was looking for something to […]